Back in 1912, a solitary figure stands under the moonlight on the foredeck of the biggest and most luxurious ocean liner ever built. The RMS Titanic was thought to be so solid and invincible that life rafts were hardly needed. This solitary figure then sees, quite clearly, in the not too far off distance, a huge iceberg. Our hero (or heroine) might be one of the first passengers to sense the danger. Everyone else on the ship is dining, playing cards and dancing.

In this moment, one might have all kinds of thoughts and attitudes:

Panic: we are going to die, it is inevitable, there is nothing we can do.

Optimism: we have not hit the iceberg yet, we can still turn it around.

Denial: it could be an optical illusion, just because we think we see it, does not mean it is really there,

Or even ingenuity: there is still time, we have five or ten minutes, we can invent something extraordinary that will avert this catastrophe.

If that were you, standing on the deck, in the moonlight, poised between the violin music, the good food, the cozy bed in your bunk, and this huge, menacing force of nature, what would you do? What do you think would be the most intelligent way to use your time, once you had realized that catastrophe was inevitable?

Others could choose business as usual: in a strange cocktail of defiance and denial, they might continue to play cards in the gaming room, still out to make a quick buck before that moment comes when the money means nothing at all. They could spend the last minutes still trying to get ahead of the game.

Others might try to educate the rest of the ship, maybe even by demonstrating, waving placards, running down the corridors making loud noises and beating drums, in a compulsive need to make sure that everybody knows the news, before the news becomes reality. 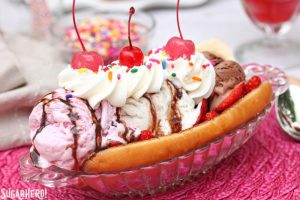 Yet others might decide to fully relish whatever these last moments bring, now fully aware that they will not come again. Such a person might walk, not in denial but in full clarity, to the dining room and order the ice cream sundae with the cherries, the nuts, the several flavors of ice cream, the banana, and, of course, the hot chocolate sauce. This same such person might choose to dip the spoon in with a wakeful clarity that this moment will never come again.

Still, others might choose to sit cross-legged on a bench on the upper deck, close their eyes, and intone mystical sounds, determined to be in such a state of transcendent bliss that when the collision happens the awareness “I am not the body” would eclipse any harm that might come to it.

Last summer I went to a conference at the Squaw Valley Ski Resort (no skiing happening then, of course, it was the middle of Summer) called Creating Equilibrium. The conference was hosted by Steven Kotler, author of, Stealing Fire, which was a runaway success last year. Steven had assembled some of the best minds concerning the environment. 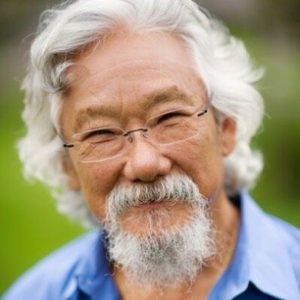 Finally, on the last day, the veteran of environmental awareness, David Suzuki, flew in from his home in Canada. To me, he is the model of an embodied sanity— fully grounded in the reality of our situation, the dire consequences of our foolishness, yet still humorous, still able to fully enjoy a joke, a hug, and good food.

So, here is what I would love your response on today.

Are you aware of the science surrounding climate change? Almost 98% of scientists concur on this issue.

How do you see our situation on this gigantic Titanic called Planet Earth? Do you think it is too late, do you think we still have time to turn things around. What do you think, when you hear our President say that climate change is just a hoax?

If you do agree with many of our scientists, that either time is running out, or, in fact, has already run out, what do you think is the most intelligent way to be in this unprecedented time between recognizing the inevitability of hitting the iceberg and the actual collision?

Would you advocate panic? Scientific activism? Do you believe in fully enjoying this moment while it lasts?

Please tell me your thoughts on this!