In the last weeks, we’ve heard the word “systemic” used very widely, particularly in regard to racism. 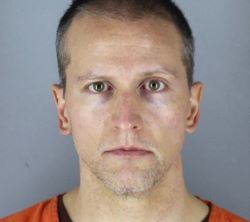 Obviously, there are some things that need to be addressed that are purely local and individual. If a crime is committed in an area where it’s extremely rare, it’s obviously an anomaly, and unless it continues, we don’t need to triple the size of the police force.

But in the same way, when a mugging occurs in an area known to be dangerous, simply tracking down and arresting one perpetrator will not make much difference. The cause of crime is clearly systemic.

By now, I imagine everyone has watched the horrific video of the murder of George Floyd by Derek Chauvin. Is this problem individual or systemic, or both?

Some people like to say that Chauvin is just a “bad apple,” and that most police are really good people. Others would point to statistics of the number of unarmed black people who have been killed by white police in the last years, and say that Chauvin individually is not the problem, but just a symptom of a widespread, systemic ill. 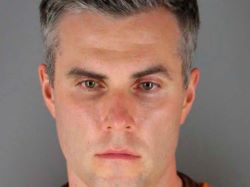 Others see things in another light.  Look at Thomas Lane, who was on his fourth day of active duty when this killing occurred. That’s right, he’d only been on the streets as a rookie cop for four days. He was under the guidance and leadership of Chauvin. Lane has now also been arrested and charged with accessory to murder. We could argue that he was just showing up on his fourth day of work as a rookie, probably nervous and unconfident, and following orders from his superior and mentor.

In Lane’s case, it’s much easier to see him as a  victim of a system, more than an overt creator of that system.

As I’ve understood more about systemic racism from my many friends who are victims to it, I discover that it’s held in place by a number of attitudes that white people – like me –can easily unconsciously perpetrate. 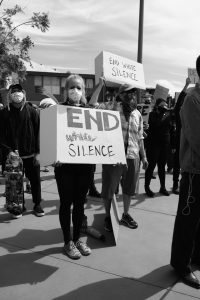 We’ve been going along with a social system that is heavily prejudicial towards people of color for hundreds of years. As long as it simmers under the surface, nothing ever changes. It took an event as graphic and widely disseminated as George Floyd’s murder to provoke this kind of civil unrest.

Now we are in it. The boil has been lanced, and we’re dealing with the infected wound in the underbelly of the American psyche. In my opinion, at this point, if you’re white like me, you have three choices.

One is to get involved, ask people of color what you can do to support them, and take a strong stand.

The second choice is to admit that you’re racist, waive your confederate flag, and accept the consequences.

The third choice, however, is trickier. Some people choose to say nothing, to stay quiet, to observe the situation, to acknowledge that we all have free speech and everyone is entitled to their point of view. In my opinion, at this point this is a form of covert racism.

Imagine if you share a house with an alcoholic adult where children are present. When the adult gets drunk, the children get beaten. You could say, “Well, I’m just a tenant,” “I’m just a roommate,” or even, “I’m just the spouse.” But if you say nothing, if you don’t report it, if you don’t intervene, you are actually enabling the destructive behavior. Right now, it’s just like that. If you take a low profile on this issue, you are by default enabling racism. 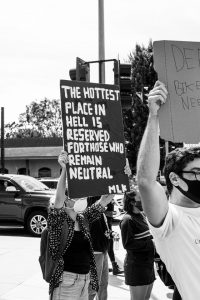 So, as we join hands together, those of us who care enough to change the system, what is the most effective way to do so? Racism is systemic, but it’s exemplified in the actions of individuals. There’s really not enough energy or motivation to bring about deep change as long as it simmers under the surface. It requires something as dramatic as George Floyd’s murder to create motivation.

Derek Chauvin will almost certainly be prosecuted for murder. The charge has already been upgraded from third degree to second degree, and if a preexisting relationship can be proven between him and Floyd from the nightclub where they both worked, and if he can be shown to have a history of racist attitudes, it may be upgraded to first degree murder and a hate crime.

But we also know that convicting him, and even convicting his three accomplices, will not suddenly make the Minneapolis police force free of racism overnight. It seems to me that these are big unanswered questions that we have to grapple with together in dialogue, whatever our skin color. Those of us who want to move toward a just society, one we can feel good about passing on to our children and grandchildren, are going to have to talk this through. If we focus on individual transgressions too much, we run the risk of scapegoating. Certainly that risk is there with Thomas Lane, who was just showing up on his fourth day and trying to fit in. To put him in prison for many years could be argued to be senseless and meaningless. 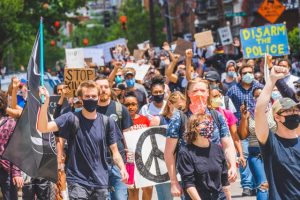 On the other hand, to let Derek Chauvin off, just 99% of other cops who have killed unarmed black people and have been let off, is just enabling racism to continue. I would be extremely interested to hear your perspective on this, whatever your skin color, and wherever you land on the spectrum between blatantly racist and anti-racist.

We are living together in a country founded on the principle of the right of every individual in the pursuit of happiness. That’s what we have all sworn an oath to at some point or another, and that’s what we’re going to have to come together around to create a world that we can all be comfortable in.