The Art of Following Through

The Art of Following Through

I coach people to have brilliant ideas which change the world. That’s just my thing. So I’m frequently encouraging my clients to think thoughts they’ve never thought before, to say things they’ve never said before, and to take bold actions they have never taken before. 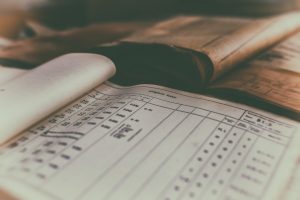 Having new bold ideas, and thinking outside the box, requires relaxation and playfulness, and often involves the secretion of dopamine in your brain. Execution on these ideas, on the other hand, often relies upon the secretion of hormones into the bloodstream: testosterone for a more masculine style of accomplishment, and oxytocin for a more feminine style. Either way, as we get closer to reaching deadlines and getting things done, there is often the involvement of norepinephrine in the brain.

Most of the people I work with view new ideas, behaviors, and projects as relatively easy in anticipation. It’s a breeze, nothing to it. I can do that easily. Most of these people are very surprised when they don’t end up doing what they said they would. This could apply to regular practice (like meditation, yoga, or qigong), to exercising regularly, to business activities, or even to your love life.

I frequently have to encourage people to wipe the stars out of their eyes, and to realize that execution is rarely as straightforward and simple as we anticipate. Here are six useful tips on how to follow through on a moment of inspiration.

In order to be effective in the world, especially right now at a time when it is so needed, we need to be able to have good ideas as well as to put them into practice.

I’d love to hear if you have some additional tips to add to my list that I did not include.