You may or may not be familiar by now with my new book, Radical Brilliance. It describes a cycle which allows you to dedicate your life to having new and original ideas to serve the evolution of humanity. If that sounds completely foreign to you, you can read up on it here. One of the most difficult things for people to understand in the cycle is what happens right after “6 o’clock,” and the mechanics which lead you through to “9 o’clock.” For those of you who do not speak radical-brilliance-geek-speak yet, that means what causes us to move from a phase of accomplishment, productivity, and achievement to self-reflection, learning, and dissolution. When we are caught up in the busy-ness of accomplishment, we are primarily thinking about getting things done. We are concerned with meeting deadlines, fulfilling agreements, staying within the budget, and creating results. Just like every phase of the cycle, when we stop in one part of the cycle, there are opaque beliefs and assumptions which we are driven by, but which we are hardly aware of. The assumptions we make in the accomplishment phase are that, “if I try hard enough, if I cross all the t’s and dot all the i’s, if I’m really careful and fastidious, I’m going to be successful and avoid failure—.” “If I am just careful enough, I am going to create success and avoid failure.” But this is actually an illusion. 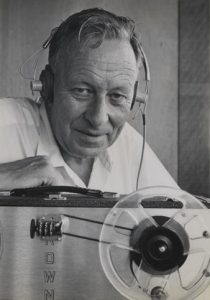 psychology, sociology, epistemology, and philosophy, and consequently, he was able to take insights from one field of inquiry and apply it to another. Bateson coined the term “double bind.” This is the basis of what causes splits in the personality (he also coined the term “schizoid”), and, in extreme cases, what lead to the mental illness as schizophrenia. A double bind means being faced with an impossible decision where, either way, it will lead to painful regret.

The classic example of the double bind is what happened with Arjuna, my namesake, 5,000 years ago in the Kshatriya battle in India. The Bhagavad-Gita begins with Arjuna in dialogue with Krishna. Arjuna is about to go into battle, but on the other army are his family members, including his grand-uncle Bhishma, who raised Arjuna as a child. Arjuna was not connected with his biological parents, so Bhishma was the closest thing he had to a father. If Arjuna was to go ahead and fight the battle, he would almost inevitably be faced with the possibility of killing the person closest to him. The other alternative was to withdraw from the battle, which, within his culture, was the greatest ignobility. This is the classic double bind; there was no winning choice on the menu. It was in this excruciatingly painful impasse that Krishna was able to deliver the ultimate teachings of “dharma” as the Bhagavad-Gita.

The same thing happened to Hamlet many thousands of years later. Was the ghost he saw on the ramparts of the castle really his father’s ghost? Did his uncle really murder his father and should Hamlet avenge the death? Or, was this all a figment of his tortured imagination, and should he relax, and chill, and smoke a bowl? This led to perhaps the ultimate expression of the painful nature of the double bind:

To be, or not to be, that is the question:
Whether ’tis nobler in the mind to suffer
The slings and arrows of outrageous fortune,
Or to take Arms against a Sea of troubles,
And by opposing end them: 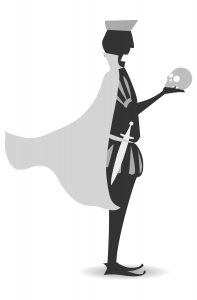 We could find countless more examples of the double bind. I am sure you have experienced many double binds in your life — whenever you are forced to choose between the lesser of two evils. It is Bateson’s idea of the double bind, and the understanding of its inevitability, which helps us to understand how we move from 6 to 9 o’clock. When we are caught up in the productivity of 6 o’clock, we think that by playing our cards right we can win, but this does not turn out to be true. Sooner or later we are going to be faced with choices where, whichever way we play our cards, there will be some feeling of losing; and therefore some mild or strong experience of regret, shame, remorse, failure, and inadequacy. These are the feelings that populate the cycle after 6 PM. They begin as painful, and we all try to avoid them, but if we can accept these feelings as part of the cycle, just like every other part of the cycle, they will lead us to give up our position, to give up our clinging to being right, and as seeds they will turn into the blossom of humility, learning, trust, surrender, and an openness to something beyond our own ideas.

This phase from 6 to 9 o’clock is the most unpopular phase in our culture. After World War II America and its allies won the war. Whoever wins a war gets to dictate the rules of the next game that we all play. America was founded as a rebellion from the British Empire, and founded on the principle of “each man for himself,” (which of course evolved with the rise of feminism to “each person for themselves.”) It was a frontier culture where the fastest hustler wins the game. The American Dream essentially asserts that anybody can own a house, own a business, and do well, if they just work hard enough. Relative to the rest of the world, America has very little social welfare: if you play your cards right, you are a winner, if you slip up, there is no safety net. Consequently, culturally, we have little or no patience with what happens between 6 and 9. We are too busy hustling. America is a culture that has glorified the 3 to 6 phase: getting things done, achievement, and the glorification of “me” as the dominator of the environment. But of course, this unwillingness to inhabit the 6 to 9 phase of the cycle also causes us to pay a price. It inhibits our learning and it keeps us adolescent in our emotional maturity.

The key to inhabiting 6 to 9, and fully extracting the nourishing juices from this phase of the cycle, are to thoroughly understand the inevitability of a double bind and how to live through it. Then we learn from each and every mistake, so that each new passage through the cycle is fueled by new insight and brilliance.