Recently I was in a coaching conversation with one of my clients. Usually I coach people using Zoom, as my coaching clients are all over the world. But this was a rare occasion when I could meet someone face-on-face. He is a very smart and interesting man: bright, well-educated, good-looking, funny, with deep insights: just the kind of person you can imagine people would like to hear from. Like me, he teaches seminars and coaches people for a living. 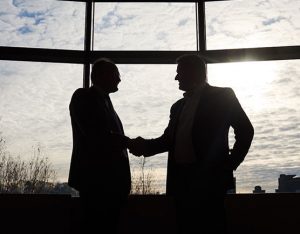 We were reviewing his outcomes for coaching, after we had already been working together for many months. Through deep and intense radical brilliance practices he is opening up new currents of creativity and insight within himself. The conversation turned to how he could best share these new gifts with a wider audience. We had not spoken before about outreach in this way, because our intention was so much on incubating the gift. Before we met, he had been getting most of his clients through a class he was teaching, which was no longer in existence. So he needed to find a new way to let people know about what he had to offer.

I knew that he had two websites, and I asked him how frequently he posts new blog articles there. He looked at the ground, and paused. “Just a few times a year,” he said.

“Okay, no problem,” I replied. Since he was already doing pretty well with so few articles, his coaching practice could only get better if he were to share himself more. Good news. Then I asked him if he has a public page on Facebook, and how many people follow the page.

“I think so,” he replied. “I think it has a couple of hundred likes, but I’m not sure.” But then he told me he had not posted anything to the page for more than a year. We continued like this: YouTube videos? Not really. Instagram? Not very often. LinkedIn? You get the picture…

The thing was, as we continue this conversation he started to look pale. Indeed, he told me he was not feeling very well, and would it be okay to go outside, get some air, and maybe continue the conversation in a café? Of course, I agreed. We walked for a few minutes, and then found a place to sit down. After about half an hour, I broached the conversation again of reaching people using social media. I asked him how he felt about exploring this more.

“Honestly,” he said, “As soon as I think about it, I feel completely weak in my body. All the energy drains out of me, and I feel lifeless.” 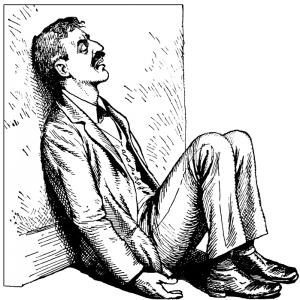 We agreed together to revisit this at another time, and to investigate more deeply where this deep resistance springs from. Intellectually and logically he could see that it was a good idea to be more visible, and he was as surprised as I was about the intensity of these feelings. Later, on the train to the next city, I realized that I knew just how he felt. I have had the same feelings about making little videos or writing articles. Reorganize the spices in the kitchen cupboard? No problem. Replying to email? I can do that. Send out a newsletter, write an article, or make a little video for Facebook live? There’s that sinking feeling again…

Later that day, I was starting a weekend seminar in another city. Several coaches I had trained were there to staff the event. I was so struck by this conversation earlier in the day, and the feelings that it reminded me of in myself, that I asked them for their opinion. I told them about the man who felt weak and lifeless just thinking about it, and to my surprise, everyone sitting there could relate. They had the same feeling. Wow. So the next morning, we talked about this in the seminar. And sure enough, many people more could relate.

I wonder about you? Do you also recognize this? I wonder what it is about. I have a few ideas.

One is that when you show yourself in this way, particularly on YouTube, you become the target of “trolls.” You know: haters love to hate. Years ago I wrote an article on Huffington Post called “Why it’s Wise to Worship a Woman.” It was, essentially, advice to men to learn to love a woman more deeply. You might assume that such a topic would be welcome to both men and women. It was widely read, shared and commented on. But these comments were far from kind or polite. I remember that year I celebrated New Year’s Eve with some friends, including the poet Coleman Barks, who has done so many brilliant translations of Rumi. I told him about the article, and the very unkind comments it evoked. “What, you mean those things people write in the little box under the article?” responded Coleman in his thick Georgia accent. He was in his late 70s at that time. “Arjuna, don’t ever read those. You’ll never want to write again.” We think we can brush off this kind of negative reaction, but it might not be quite so easy. It can leave you feeling vulnerable and under attack. That might be one reason for this sinking feeling in the body.

Another possible explanation that comes to my mind is exactly the opposite. We fear success. Remember that quote from Marianne Williamson, the one that is often erroneously attributed to Nelson Mandela? 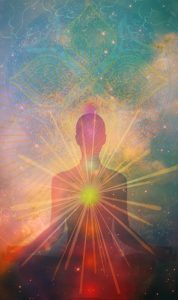 But honestly, I don’t really know where this feeling comes from. It’s obviously more ubiquitous than I suspected, it takes us by surprise, and probably holds back massive amounts of potential radical brilliance from moving us all forward.

Tell me, do you also know this sinking feeling of putting yourself out in this way? If you do, what do you think is its origin? I welcome your thoughts…