The Importance of Total Reboot

The Importance of Total Reboot

A couple of nights ago I went into my PayPal account to send out an invoice. I knew that it had about $1000 in it. To my complete shock and disbelief, when the page loaded it showed a negative balance of $1273.14, along with flashing warnings that I would need to transfer money into the account. Of course, I dug into the details to find out what had happened and I discovered that our account had been debited for $2000. Someone had paid us for a course months ago and then, many months later, initiated a chargeback. Paypal call this a “dispute,” but we had never been contacted about this: the money had just been taken from our account. As you can imagine, right after tax time I was not too happy about this at all. I called their customer support and got a very firm and resolute representative on the phone who told me there was nothing to be done. The case had been closed and it was irreversible. I tried to explain that we had never been notified about the situation or given any opportunity to participate in a negotiation, but she did not want to hear any of it. It was cut and tried, signed sealed delivered, and nothing could be done. That was that.

The next morning I woke up at 6am and realized that Paypal’s customer service department was open. The temptation to get back into the tangle, to righteously go to war and fight the good battle was very strong, but hey, at 6 in the morning, there is only one good thing to do: nothing at all. 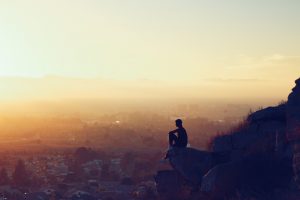 I did what I do every day without fail: what I have been doing pretty much every day for the last 47 years. I adjusted my body to make my spine as straight as possible, put on a blindfold, and I let the world disappear. I have noticed that after a night of sleeping, the body is often carrying jangled emotions from dreams. There can be a feeling of impatience, or irritation, or even fear. When you sit first thing in the morning, all of this quickly subsides, especially if your spine is straight and your chest is not collapsed. You can feel the energy in the body integrating and coming into balance. The only intention I have when I sit in this way is to let everything disappear, including, the sense of “me.” Anytime a thought arises, let it go. Anytime an emotional atmosphere passes, let it go. Anytime a memory of something to do in the day crops up, let it go. If you have the intention to let everything go in this way, what remains is simply emptiness. Emptiness has no boundaries. Take a tape measure to it and it extends infinitely in all directions. Emptiness was never born and it could never die. Emptiness has no personal history. It has never been wounded, it has no mother or father, or schoolteachers. Emptiness constantly sits back in the saddle, watching and observing.

If you can sit in this way, just watching and observing with your spine relatively straight, something interesting starts to happen. A subtle feeling of wellbeing starts to take over the body. For me, it often starts in the lower belly below the navel, but it spreads throughout the body. That feeling of wellbeing is humorous, generous. Perhaps the tickle that starts in the belly, and spreads up into the heart and down into the hands, is what we mean by the word “love.” It is love without an object. It is pure love. That is what happened yesterday morning sitting in bed: the world disappeared, “I” disappeared, my Paypal balance disappeared, everything disappeared. There was just an inexpressible feeling of wellbeing, and love that has no object.

I had set an timer in an app called “Insight Timer.” After an hour it had made a sound like a Gong, reminding me of myself and the world waiting for me on the other side of the blindfold.

After some stretching and a cup of tea, I did call Paypal, but now it was that relaxed, humorous, and unconditional wellbeing on the phone. Once again, the customer service representative said there was nothing she could do. She sounded kind, I could hear she was doing her job the very best she could manage. I asked her if it was possible to speak to her supervisor, but not in that accusing, vicious, or colonial voice that I sometimes use for such requests. More in the “thank you… you are beautiful… I have completely fallen in love with you… you have done the very best you can… so would it be possible for me to take this unpleasant burden off your shoulders and escalate it up a little bit…” kind of a voice. 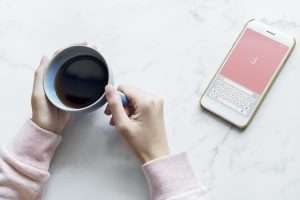 When I did get the supervisor, she was an angel called Kelly. She immediately empathized entirely with the fact we had not been given an opportunity to defend ourselves in this situation. She also told me there was nothing she could do.  I paused, took a breath, another letting go, and I simply told her that this was definitely disappointing. “Hold on a minute,” she said and left me with some piped music for a few minutes. When she came back, she said, “Listen, I am going to personally take this case on, and do everything I can to make it right.” By now we were BFF’s, our souls were deeply intertwined and merging in pure love meeting itself (see, that’s the benefit of that one hour with the blindfold). Sure enough, my angel Kelly did take my case on, escalated it to the highest archangels of the Paypal echelon, the situation was reversed, and the $2000 was put back into our account.

I do not know how many times close to disastrous situations have been resolved in this way: by simply allowing the world to disappear, and love to take its place. If you want to make a big difference to the world, if you have things to do and things to accomplish, the most important priority I would recommend for you is 30 minutes to an hour every day devoted to absolutely nothing at all: except the pure love that simmers just one flight down from the busyness of the world.