You Have To Plug It In

Home/Brilliant Lifestyle, Coaching and Mentorship, Mission and Purpose, Read Articles/You Have To Plug It In

You Have To Plug It In

I work intensely with about seven people a year. I spend a lot of my time sitting on my couch, wearing a headset, and talking to people on Zoom. The most important, but also the most difficult, role that I find I have as a coach is to help people to recognize the extraordinary power of emptiness, of doing nothing at all. Mostly, I work with people who run big companies or who manage big projects. I help people bring initiatives to fruition that can have a big positive impact on the world. 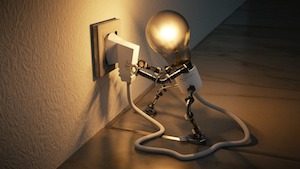 The human mind runs on an obsession with doing, which often becomes an obsession with solving a problem. My clients frequently have the idea that they have an unsolved problem. Sometimes they have defined it clearly, and other times it is just a general sense that something needs to be fixed. This keeps a nervous activity running, it leads to a lot of effort, but also a sense of frustration, with not so much result. My job is to help people to recognize that the most powerful impulses — the ones that hit the target very precisely, and create the maximum result with minimum effort — arise out of stillness. They come not from the mind, but from beyond the mind.

The other day I was talking to one of my clients. We were in a seemingly endless dance of helping him see the immense power of stillness, of waiting, and riding the wave that arises naturally out of that stillness. I was talking to him about washing clothes in a washing machine. We used to have one of those top-loading washing machines at our house: you could lift the lid on the top to put the clothes in, then you could switch on the machine and see the clothes moving.

Imagine: you put the clothes in the machine, toss in the washing powder, add some water from a hose, then try to turn the spindle by hand. You could do that, theoretically. If you were to manually try and turn that spindle, after eight, or ten, or twelve hours you could, maybe, get halfway washed clothes. They would not be as clean as they could be. You could get some result if you turned the spindle for hours by yourself, but imagine the amount of effort and time it would be to get your clothes clean. 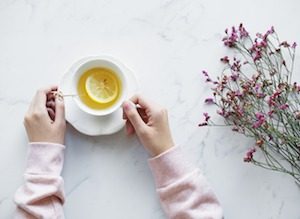 Alternatively, you could notice that there is a power cord on the machine. You could plug it into a power outlet on your wall. As soon as you connect it, all you have to do is to press a little button, then you can walk away and have a cup of tea. A couple of hours later you will have completely clean clothes, much cleaner than you would have got through your manual effort.

It is actually a beautiful analogy. You could find someone turning that spindle with a lot of energy and obsession, and you might say “Why don’t you plug it in?”

“I am much too busy, I can’t stop,” that person would reply. “I have to keep turning this spindle here, it is an emergency, I have got to get my clothes clean.”

It might be difficult to explain. “If you stop turning the spindle and plug in the machine, you can relax and wait. The clothes will get clean without any effort.”

In just the same way, we need to stop and wait for the nervousness to settle down. When you let things settle down, and wait for impulses to arise out of an infinite source of energy, which is both within you and also everywhere, you can set an intention and relax. Things will happen effortlessly, easily, and you get the results that you want. The job will get thoroughly done, instead of halfway done through striving, worrying, and effort.

The most difficult job of a coach, in my line of coaching, is to persuade people, seduce people, encourage people to stop, to slow down, to connect with an infinite source of energy, and to wait.