The Neurochemistry of Flow

The Neurochemistry of Flow

The following is an excerpt from my latest book, Radical Brilliance. Enjoy!

As we move from states of awakening to states of flow, researchers suggest that we still see the secretion of serotonin, but now with increased secretion of dopamine, subjectively moving us from contentment to excitement.

Dr. Fred Travis, the director of the Center for Brain Consciousness and Cognition at the Maharishi University of Management in Iowa, explains that there are two major dopamine systems. One is the pleasure circuit, which accounts for the intense bliss people feel in the first impulses of creativity. At this point the receptors are very sensitive, so even a small secretion of dopamine will cause very intense pleasure. 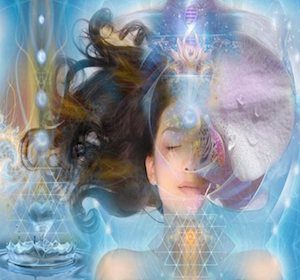 By the time we move to flow, the brain may be secreting more dopamine, but the receptor sites are less sensitive, and so the subjective experience of bliss may be less. The second dopamine circuit has to do with motor activity: it smooths out repetitive motor tasks. This is associated with the basal ganglia deep in the brain. Research in just the last years tells us that the basal ganglia is also involved in monitoring smoothness of cognitive thought. This cocktail of continued serotonin secretion, now with the addition of dopamine, is what allows flow to be experienced as effortless, devoid of individuated doing (serotonin), together with a smooth flow of motor activity as well as creativity (dopamine).

Daniel Schmachtenberger, co-founder of the Neurohacker Collective, explains that dopamine is also associated with regulating pattern analysis: “If the level is too high, you get schizophrenia and false patternicity. If it is too low, then you have a lack of awareness of meaningful connections and patterns. The increase in dopamine in the creative phase allows us to recognize novel patterns and thus to initiate creative ideas and to innovate.”

Travis explains that the idea of “action in silence” is another way to understand creative flow. “We still see higher coherence in Alpha-1,” he says, “at the same time as the faster frequencies of Beta and Gamma, which are needed to take attention to sequence, attention, and curiosity about what comes next.”

Travis explains that the frontal lobes are still not engaged. “You are not following executive, step-by-step predations, instead your activity is coming from feeling. Scientists have looked at jazz musicians in the neural imaging scanner, and found increased activity deeper in the brain, in the insula. This part of the brain takes bodily sensations and coordinates them with social feelings. So when a jazz musician says, ‘I’m really feeling it,’ it is literally that, it is not a cognitive process, but coming from feeling. The visual cortex, the auditory cortex, and kinesthetic cortex get increased blood flow during artistic flow states.” 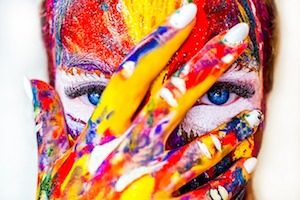 Schmachtenberger explains that understanding flow has a lot to do with automated learning. “Our conscious mind has a relatively small bandwidth, and a relatively slow input/output ratio. The number of bits of conscious processing is relatively fixed. Unconscious processing, on the other hand, can integrate much more information. So when our brain senses that we’re doing the same thing more than a few times, it automatically tries to free up working memory to be adaptive to new situations that could arise. This process of automating learning determines how quickly we can take some new learning and make it a new automatic default behavior, so it becomes effortless flow.”

Dr. Andrew Newberg, one of the most prominent researchers in the emerging field of “neurotheology,” told me almost exactly the same thing about creative flow states: “These processes have been trained within you. You’re not going to pick up the guitar for the first time and play like Eric Clapton. But if Eric Clapton plays it enough, he’s able to get into that kind of flow state because it’s the very essence of how he is able to play— his frontal lobe activity goes away and it just happens for him.”

If you like what you just read, and want to explore these themes more deeply, you can read more excerpts of the book on my website, or grab a copy for yourself here.