I am currently a member of three men’s groups. It may seem excessive, but I like it that way. One is in Marin County, about two hours from my house, and I drive there once a month. The other two are local, in the town where I live. Each of these three groups has a slightly different population, which has allowed me to come to a very interesting and illuminating observation.

For the group in Marin, I am one of only two members who are not millionaires. Everyone else in the group is extraordinarily “successful” and wealthy. I mean tens, or even hundreds of millions of dollars. For the two groups I am a member of at home, it is more of a mix. Most people are like me, they have dedicated their lives to what they love doing, traveled quite a bit, and they each have various degrees of challenge with money.

But here is the amazing insight that I have learned over these many years. At the group in Marin, where each man is extremely wealthy and successful, no one has ever been late. I mean, in 10 years of meetings, I can’t remember a single meeting where anyone showed up late…ummm, except me! At my two local men’s groups, on the other hand, where people have various degrees of challenge with money, people are often late. Sometimes people have not even shown up at all. When people are late, they usually have a really great and elaborate excuse. 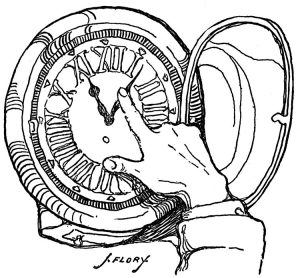 Once I noticed this contrast, I looked a little deeper. Low and behold, I found that in my local groups where we have, as I said, varying degrees of challenge with money, it is the people who are most challenged with money who are also most frequently late, or who don’t show up at all, and who have the most elaborate excuses. I also noticed that the people who are slightly less challenged with money are more frequently on-time.

A light has gone on in my head, and I hope that light might be switching on right now in your head too. I can’t exactly tell you how or why, but there seems to be a strong relationship between punctuality and financial flow.

I have noticed that whenever I, or anyone else, is late and comes with some kind of compelling excuse, it makes us the victim of circumstances beyond our control. We like to say, “I got stuck in traffic,” or, “There was an emergency with my family,” or “I took a nap, and the alarm didn’t go off.” But each and every story puts us in the position of being at the effect of things we cannot control. We have to first convince ourselves of that story, before we can convince anybody else. And of course, once you have convinced yourself that you are living in a huge, overwhelming, chaotic universe, which is mostly outside of your control, your capacity to manage anything effectively goes down, including, and perhaps especially, your relationship to money.

Another thing I have noticed as I have probed this more deeply, is that this is not just about the relationship between punctuality and money, but also about our relationship to relaxation. There is a deep and pervasive myth around relaxation and punctuality. People who are frequently late often hold the idea that trying to be on time would “stress them out.” Some people have the idea that if I “go with the flow,” I will feel more relaxed, easy, and less stressed. But I have noticed that just the opposite is true. Waiting until the last minute to get into the car, (increasing your chances of being late), actually creates tension, not relaxation. Leaving a little early, so you have time to find a good parking space, comb your hair, and even sit and wait quietly for a few minutes before your appointment begins, does not make you stressed, it makes you more relaxed.

Let’s take my wife’s relationship to going to the airport as an example. The airline advises us to be there two hours ahead, if it is an international flight. It takes an hour and a quarter from our house to the airport, so… do the math…if the flight leaves at 2:00, we need to leave at 10:45. But Chameli considers that cutting it too fine. She likes to leave at 10:00, so we can allow for any eventualities, like needing to put gas in the car for example, and then arrive early at the airport and have time for a nice cup of tea. For me, on the other hand, I have always planned to leave right at 10:45, then I actually have ended up leaving at 11:00, because I forgot a few things. Then, during the entire trip to the airport… and the parking… and the getting the baggage to the check-in… and the check-in process… and getting through security… were all characterized by stress. My wife likes to put in extra “padding time” for everything. Low and behold, she has always made more money than I do. 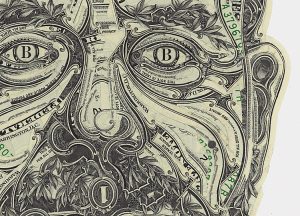 If you notice, by this point, that you are someone who is often late, and you also have a tense relationship to money, a good next question might be, “What is my next step?” Many people, once they notice something out of balance in their lives, want to begin to “process” it. This means they want to ask, “Was my mother frequently late?” “Was my father frequently late?” “Am I in teenage rebellion?” “What is the underlying belief-system which causes me to be late, and also causes me to have stress with money?” I have not noticed that kind of an approach to make much difference.

In this way, I have managed to cure myself of a life-long habit of being late, and doing everything at the last minute. My wife’s wisdom has rubbed off on me, to some small degree. Now I enjoy being early for appointments, and scheduling in some “padding time.” And, low and behold, without much effort at all, money flows more easily, and I feel much more relaxed.