Carl was a banker, working in New York, when he asked me to coach him.

He was working for a hedge fund, managing a very large portfolio designed to create immediate short-term increases. His mandate was to try to avoid any investment losses going short, even for a day, as it would lead his clients to get the jitters and potentially look elsewhere.

He had been operating as a “day trader” in this way for more than ten years. He could do it in his sleep. Buy low at the start of the day, wait it out, sell high at closing. Carl’s dream was to start his own fund, focusing on environmentally and socially responsible companies, with a more long-term vision.

His heroine was investment advisor and author Amy Domini. He told me he had asked to cut back his hours, so he potentially had two or three hours a day of his own time to work on his real dream. But … like so many of the people I have worked with living in New York, Tokyo, London, and Sydney, Carl felt too foggy and unfocused to do anything new or innovative.

Right in the first session I asked him the same questions I ask every new client:

What time do you go to bed?

What time do you wake up?

Do you need an alarm?

When is your biggest meal of the day? 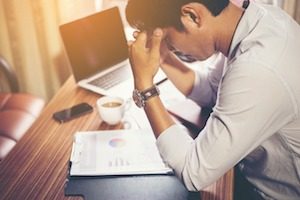 Carl gave me the same answers, more or less, as every other fast-paced, sophisticated, big city dwelling, seven-figure-income-earning over-achiever. He was going to bed after midnight, sometimes at 2 or 3 a.m. He woke every day with not one but three alarms spread throughout his penthouse apartment. He started the day with an espresso, or two, or three, drank Red Bulls throughout the morning, and ate nothing more solid till a working late lunch, often just a sandwich consumed at his desk or standing up while talking on the phone. The only real meal of the day was huge, eaten in one of New York’s many five-star restaurants, downed with alcohol and a rich dessert often as late as 10 p.m. It was not surprising that he got home after midnight every night.

I had to ask Carl to give me the benefit of the doubt for four weeks. I knew he would hate me, kick and scream, threaten to fire me, and demand a refund. He did all of those things. Weekly. I asked him to keep a simple log of what time he turned off the light at night, and simply to make it ten minutes earlier every night. I did not address his wake-up time, only bed-time. After a week, I also asked him to start eating a cooked breakfast, and a sit-down lunch. And finally, after another week I asked him to stop eating after dark, just as an experiment, and also to not use electronics in the evening.

Negotiating all this was harder than getting my teenage kids to clean their rooms, which I remember was my other struggle at the time. I also asked Carl to keep a little journal of his progress with all this, using a 3” by 5” notebook and a pencil (no electronics in the evening, remember) where he also recorded his energy level on a scale from 1 to 5. Every time Carl relapsed, which he did frequently, I did not scold him, I just asked him to review how bedtime, meal time and sleep time affected his energy and clarity.

The first week his bedtime went from 2 a.m. to 1.a.m. The next week, from 1 a.m. to midnight. Week three: midnight to 11 p.m. And then, luckily for both of us, on week 4 he took a 5-day mini-vacation, slept 14 hours one night, and for the first time in his adult life went to bed at 9 p.m. It was after that vacation that Carl got his clarity back. He could think straight again. And most important, he was soon able to wake up naturally before the alarm went off, before the dawn. 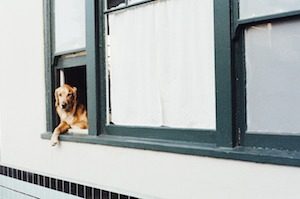 And yes, since you ask, and corny as it may sound, he did start his socially responsible fund, he did quit the bank, and yes, he did move to New Hampshire. He probably also married his high school sweetheart and now has a golden retriever. Roll the credits with the violin music.

If you like what you just read, and want to explore these themes more deeply, you can read more excerpts of the book on my website, or grab a copy for yourself here.