Each and every one of us grew up dependent on people bigger than us for our basic survival needs. If you had kind, loving, dependable people who always came through on time, you learned to do what they told you to, often without question, because you could trust them. 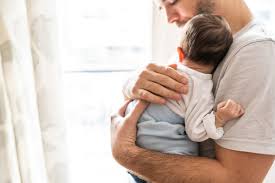 Some of us depended for our food and shelter and well-being on people who were quite bossy, for example a fundamentalist or very dogmatic family. “Eat your spinach before you get any ice cream! You better clean your room!” There was a feeling of being compelled to do things if you wanted to feel safe, and enjoy your life. Then you learned to obey, because the consequences of disobedience were too painful. If I do what I’m told, everything’s going to be great! Obedience became the easiest way to get by and have a good life. If you follow the family’s rigid guidelines, then your life will be great, and you will get the things you want. But if you rebel, you feel outcast and unsafe.

Others of us were in relationship with people who were telling us what to do in conflicting ways, lying to us, or being unreliable. So as children, and particularly as teenagers, we learned that we could be safest and have the better life by doing the opposite of what we were told to do. The opposite of obedience is rebellion. You might learn that your authority figures are very unreliable, and if you assert yourself rebelliously, you can actually feel 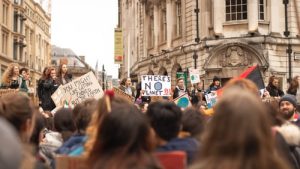 less encumbered by them.

We each had to find our place in this spectrum between obedience and defiance. Either way, any where on the line you are still fully entangled with authority, either in supplication (Tell me what to do and I’ll do it) or rebellion (Screw you, I’m not going to do anything you say!), you are fully enmeshed.

These days there is a particular spotlight on our relationship to authority, as we are all trying to figure out what to do with this virus. However it started, whether it was human-made or passed on from bats, and whatever the numbers really are, there is a virus, and people are dying from it. An intelligent response needs to be found. It places a giant magnifying glass on our relationships to authority. 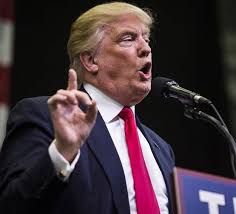 Some of us continue to be obedient for our whole lives. You do the job you’re told to do, (often the job your parents do), you marry who you’re told to marry. India is an example of a culture that historically promoted obedience, (although the culture in changing, particularly in big cities). The United States, on the other hand, is one of the most rebellious societies on the planet. The US has its middle finger almost permanently raised, and we even have a president who demonstrates that for us.

On the other hand, some of us get stuck in a teenage stance of rebellion to whatever is going on. “I’ll go to the beach if I want to! You can’t tell me what to do!”  Either way, you find yourself trapped in a codependent relationship with authority.

There are a couple things that can happen to free us from this kind of entanglement.

First, (which I think is the most powerful), is to discover within yourself the capacity to commit wildly creative acts that have no relationship to outside authority. I’ve been lucky to have been able to write a number of books that were purely creative acts. I wasn’t obeying someone telling me to write a book, or defying someone telling me not to write a book. I wanted to do it, and I did. I’ve written nonfiction when I wanted to, and I’ve written fiction, and I’ve created many online courses and training programs. Every time I have committed a creative act, and allowed something to flow through me, there has been a loosening of the codependent entanglement with authority. 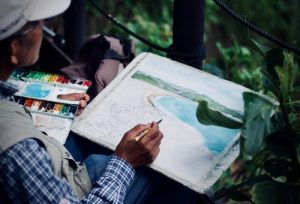 When you take action inspired by creativity and spontaneous inspiration, the creative source itself becomes the authority.

The word “authority” comes from the Latin, auctor, which means to be the originator or promotor of something.  It is the same root of the English word “author.”   An author is one who creates, who instigates, who bring something new into the world. Whenever you create, you become an author: you become authoritative, and your need to have external authorities becomes less.

The second way you can mature your relationship to authority is when you are —willingly or unwillingly — put into a position of authority over other people.

I experienced this when I went to India in the early 90’s, and met my teacher H.W.L. Poonja. His teacher was Ramana Maharshi, but he wasn’t affiliated with any particular lineage. He was a free, wild, spirit, with a background in the military, and carried a very authoritative presence. It was while I lived with him that I experienced a powerful shift from being primarily identified with this localized person to being primarily identified with being consciousness.

After a year, perhaps jokingly, H.W.L. Poonja asked me to go and be a teacher. My initial response was, “You’ve got to be joking, right?!” He replied, “Yes, the truth is a great joke; go share it with your friends.” So I went back to Seattle and began to give satsang.

Before long, I realized that as soon as I found myself in the position of being a teacher, I often became the focus of other people’s relationship to authority. Some people’s reaction was blind obedience: “Tell me what to do! How should I live? What should I eat? Should I be in relationship with this person?” I was reminded how many of us are seeking someone to tell them what to do with their lives. 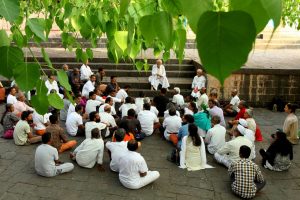 Then there were people who reached through the authority dynamic and established friendship. They were relating to me as a teacher within certain contexts, but otherwise a fellow human being, beyond the obedience/rebellion spectrum. Friendship can only happen in the mutual meeting of two people acting from their own authority.

I realized during that time as a teacher how incredibly isolating and lonely it is to be the object of others’ projections of their own relationship to authority. I have done that to others, and I have been on the receiving end as well. When you project authority onto someone, and they either obey or rebel against it, you have now made it impossible to have a real connection with that human being. They have become an icon for you. 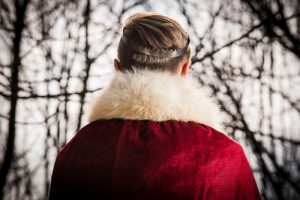 A beautiful book that has been really helpful in the evolution of my relationship to authority, is “Ruling Your World,” by Sakyong Mipham. In his book, Mipham introduces the notion of moving through the world as if you are an emperor or empress. Every time you meet another human being, it is as one emperor/empress meeting another. You cultivate the capacity to move through your world as the authority, as the author of your experience. The more you can cultivate the feeling of yourself as the creator of your experience, the more the tendency to need to either obey or defy will dissipate.

All of our tendencies towards obedience or defiance have come under amplification the past few months as we try to navigate the virus, and figure out how serious it is and what our response should be.

I went hiking recently at a remote pond, in the middle of nowhere, when I walked past an old couple wearing masks. I thought to myself, How can that be a logical authoritative choice? There was nobody anywhere around, how is it going to help them to protect themselves or other people by wearing masks when they are far away from anyone in the middle of nature?  I can only speculate, but it struck me as an overly obedient response. They have said we should wear masks, so we’re going to wear masks! (Even in the middle of the wilderness!) 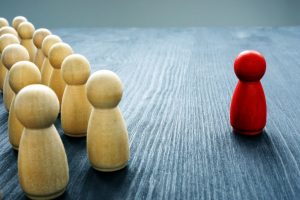 On the other hand, there are reports of people being extraordinarily defiant. I have friends who have responded that way—Nobody tells me what to do! We’re going to meet and hug and I don’t care what anyone tells us! This seems to be a reaction stuck in the mode of defiance.

An interesting way to notice how much you are in an entangled relationship to authority is by noticing how often you talk about the mysterious “they” and “them.” “They’re doing this, they’re telling us this, I’m not going to become subservient to them!” If you’ve got a frequent “they” or “them” in your vocabulary, you’ve probably got a leftover entanglement to authority.

If you find your vocabulary includes a lot of “we”— ”What are we going to do about this? How can we collaborate together to solve this situation?” – you are probably stepping into what is outlined in “Ruling Your World,” which is  the possibility of collaborating and co-creating together.