God Does Not Have ADD

God Does Not Have ADD

The other week, I delivered you a long blog about the relationship between structure and flow. It generated more than the usual reaction and comments on different platforms.

More and more people these days are tuning into the sense of being guided by something greater than their own mind.

Most of us realize, wisely, that we have no universal clear conceptual understanding of what it is that is guiding us. When you narrow it down, and call it Jehovah, Allah, or Krishna, it gets tied to assumptions about ideology and dogma, tied to traditions. When we can leave the source of guidance undefined, we enter the possibility of becoming synchronized with something that we do not understand. Maybe it is your own “higher self,” or greater intelligence, or you in fifty years yelling back through the decades to your present self, or maybe it is Gaia the earth, or even the ineffable force that gives us all life. We all have had moments of “grace” when that force kicks in strongly where we just know what to do and it all works out perfectly.

All of this sounds easy and straightforward, but there are a few pitfalls and glitches.

It all boils down to this: how do you know when you are getting messages from a great intelligent force beyond your own mind versus when you are just running on compulsive desire and fear that is deceptively described as “inner guidance?”

A really great example of this is the recent popularity of ayahuasca, a ceremonial tea that comes out of the Amazon rainforest. I have met many people in the last decade who participate in ayahuasca ceremonies on a regular basis, sometimes as frequently as once or twice a week! 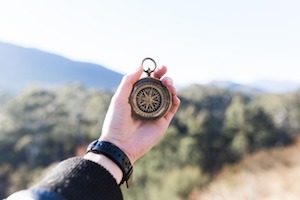 I remember once I was coaching an entrepreneur who had turned into an ayahuasca enthusiast and facilitator. It was very difficult to coach him, because every week he would show up for the coaching session with a completely new plan for the rest of his life. One week he was being divinely called to build a retreat center in Costa Rica. As a coach, I got behind him to support his vision… until the following week when he decided he was going to stay in a cabin for a silent retreat for three months in the north of Norway. So it went on, and on, and on. No long term vision stayed the same for more than a few days. The only way to explain this constantly shifting guidance was to assume that God has ADD.

On the other hand, my wife recently took a trip to Quito in Ecuador. She took a bus slowly down through the valley for a trip into the Amazon rainforest to be with the Achwa people. On her way down through Ecuador, she met a man living in the city. He was in his 50s with a steady job, and lived with his wife and children. This man had taken a particular Shaman in the Amazon as his only guide and teacher since he was a teenager. He has spent 35 years of his life only looking to this one Shaman for direction. The Shaman in question was a full-on ayahuasca guide. Chameli asked this man how many times he had done ayahuasca. What would you assume, if that was his guide’s specialty? Hundreds of times? Thousands of times? The answer was simple: three. “We only participate in ayahuasca ceremonies at a time of transition,” he said, “I participated first when entering university and again at the time of my marriage. After receiving guidance in a ceremony like that it takes years and years to live the visions that have been received.”

That is a pretty good role model for how to deal with guidance. Here are a few good indicators for how to make sure you are generally following “reliable” guidance from something beyond your mind and are not just becoming unreliable and inconsistent in the way you live your life.

1. When the guidance is coming from inside you, wait until you get the same impulse or message consistently, again and again, over weeks or months, before thinking it is anything other than the usual inner voices of fear and desire.

2. Run it by a circle of friends. Generally, (OK! not always) when something is “just right” it will also appear “just right” to most of the people around you. 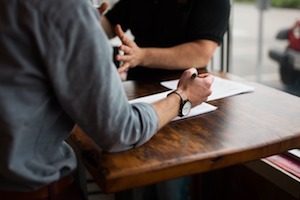 3. Be sensitive if there is any “excitement” connected with the guidance, If there is, it may simply be compulsive desire or fear that is driving you.

4. Listen to the messages that come through life itself, not only the ones that come from “within.” Sometimes you know what to do by the synchronicities that easily happen in your life.

5. Is the “guidance” you are receiving connected to furthering your own ambitions or needs, or is it something that benefits other people and the planet?

Integrating these few simple reminders may be helpful to allow you to truly become aligned with a force beyond your mind, instead of jumping around randomly between impulses, as what my beloved wife calls a “flying idiot.”