The Extraordinary Potential of Failure and Regret

The Extraordinary Potential of Failure and Regret

I had the exquisite pleasure of having dinner the other night with my old friend Mark Thornton. We have known each other since the 90’s. We have developed the kind of friendship that is so close, that you feel as comfortable together as you do when you are alone. We laugh spontaneously at the same things – mostly at each other or ourselves. We have deep empathy and compassion for each other: because we know what we have both been through. We celebrate each other’s triumphs, but we have also developed the kind of relationship where we can point out weaknesses or flaws in each other, and know that it is coming from a bigger place of acceptance and real love. 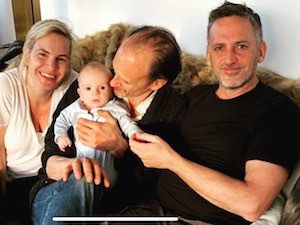 We had a long lingering dinner together in a restaurant on the upper west side of Manhattan. For many years, Mark headed up a company called B4P, which stands for Business For Planet. Mark has a background as an investment banker, who at one time was the Vice President of JP Morgan. In B4P, Mark took decades of experience in high level investment banking to help the planet. Every day when funds are transferred internationally, they sit in limbo for 1, 2, or even 3 days. During this time, the money does not, strictly speaking, belong to anyone. It has left the sender’s account, but not yet arrived in the receiver’s account. During these few days, it earns interest. Mark recognized that this interest created in limbo does not really belong to anybody, and is available to be put to some good use. He proposed, and got many financial institutions on board with, the possibility of using this money (billions of dollars a year) to fund initiatives like an orphanage in India, or a reforestation program in Madagascar, or drug rehabilitation center in Brazil. He was confident – rightly so – of the inherent goodness and intelligence of the scheme. It was so obvious to him that there would be no losers and only winners, that it prompted him to invest hundreds of thousands of dollars of his own money to create the necessary infrastructure. When his parents died, he took all of the money that had been left to him and put it in this venture, as well as borrowing $200,000 from another investor.

The net result was that B4P never took off. I am not sure if it was loopholes in the financial system or just lethargy in people not having the energy to change the status quo, but finally, he had to give up and do other work instead.

Sitting there in the restaurant that night, I asked him how he felt about that project, which had taken so many years of his life. “Devastated,” he said, “Soul crushing. I cannot tell you the feeling of disappointment, betrayal, and despair I went through.”

Yet, sitting in that restaurant with my friend I felt extreme deep and tender respect for him. In that moment, I trusted him as a good man so much more for his attempt to institute this plan motivated by essential goodness.

In this way, it was actually Mark’s failure, rooted in the pursuit of essential goodness, that made him even dearer as a friend. Sitting in that restaurant, I realized that night that he was a more whole, trustworthy, deep, and free man through this devastating failure than he would have been otherwise. It may not be so apparent to him, but it became apparent to me that his failure was a great blessing and gift. Not in its material results, but somehow in who he became as a by-product.

It reminded me of when, sometime around 2005, I spent the afternoon in Leonard Cohen’s tiny apartment in the Wilshire district of LA. We talked for many hours, he made me one of his signature cocktails, the recipe for which he had made up. It was delicious. As soon as I finished the last drop in my glass, it was instantly refilled with another. As the afternoon wore on, we became drunker and drunker.

Somewhere in the middle of our slurring conversation, he said these words to me that have stuck in my mind ever since. “We think we have come here to fulfill our chosen mission and be successful. But as time goes by”, he continued, “it is not like that at all. In fact, we are here to fail, but not to take it personally.” 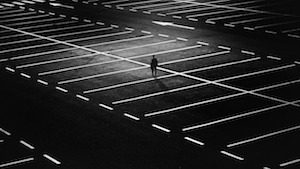 I think that has been true for me in my life. I have done my best at every turn of the way to offer what I can to make the world a better place. I have had so many more failures than successes. My books have sold at most tens of thousands, not millions. I am in my early sixties with hardly any savings. I have made many foolish mistakes and have had to backtrack.  But somehow, in the way that I could see was true for Mark Thornton, I can see that also for me, these failures have been my teacher and my blessing. Who knows, maybe failure has made me a better human being than undiluted success would have done

What about you? Have you suffered devastating defeats, which have contributed to the wholeness you have become?