Why I Put All My Chips on the Entrepreneurial Square

Home/Mission and Purpose, Read Articles/Why I Put All My Chips on the Entrepreneurial Square

Why I Put All My Chips on the Entrepreneurial Square

It is getting to be clichéd, and hardly worth repeating, that we are collectively facing crises of unprecedented proportions. You know what I am talking about: the environment, the financial system, plastic in the ocean, the penal system, it goes on, and on, and on.

What I mean by a radically brilliant person is someone who is committed to being a conduit for the evolution of humanity: someone who dedicates their life to contribute to a better world, not only for us today  but also for generations not yet born. 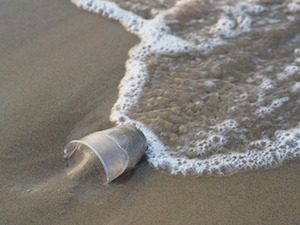 There are many dispositions we can bring when things look unsustainable. Of course, some people simply go into denial, and dub the recent report from the United Nations as a hoax. Many other people today respond with pessimism, gloom, and even depression. It is natural when you feel hopeless and helpless to have those feelings, but there is a growing number of people, mostly millennials, who take it on themselves to steward a new future. I am finding myself spending more and more time with people like that.

Last November I went to the Summit gathering where 3000 people – mostly millennial entrepreneurs – were gathered together. I listened to presentations by Al Gore about climate and then on a separate day, to Peter Diamandis, the founder of the X Prize Foundation. Both of these speakers, and many others like them, reassert the same theme: we have the technology to solve our problems. The technology exists to pull carbon dioxide back out of the atmosphere, to clean plastic out of the oceans, and to transition to clean energy immediately. We have alternative financial systems waiting in the wings for when the fiat systems, that are highly unstable, collapse. There is no lack of solutions. What is needed is willingness, motivation, and disposition. So who is going to make the world a better place for our grandchildren, and great-great-grandchildren?

I have little or no faith in elected government. Even when it is well-intentioned, the political machine and the need to be popular with voters makes it almost impossible for an elected politician to be uncompromising and bold in creating radically brilliant solutions. People applaud Marianne Williamson or Alexandria Ocasio-Cortez, but let’s face it, women like this are in an extreme minority. They are two small Davids standing up to the massive Goliath of “business as usual.”

Personally, I put very little faith in either organized religion or contemporary spirituality. I used to. Back in the 70s, the story we all bought was if enough people became “enlightened” and lost their egos, humanity would ascend to a new level of consciousness, and everything would be well. We are still waiting. The pursuit of spirituality carries within itself, in my opinion, many hidden and unexpected pitfalls. Political infighting within such organizations is way above what we find elsewhere. The pursuit of expansive states of consciousness so often leads to a dulling of the motivation to make a difference.

I am equally less than optimistic about non-profit organizations. This is where you will find the best intentions and often the highest set of values, but the red tape and the need to make decisions that are approved by a board often slow things down to a snail’s pace.

In addition to attending the Summit gathering last year, I just got back from the Maverick1000 summer camp. It was truly amazing. The majority of participants were millennials. Every conversation I had, with any of the 100 or so participants, was focused on solving big problems.

The benefit of entrepreneurship is that it allows the shortest possible path between the inception of a new idea, or innovation, and its full implementation by a large population. Equally, the path to funding, often difficult in government or non-profits, is much easier and faster for entrepreneurs.

There is, however, one important caveat before we declare game over, problem solved. An entrepreneur is literally someone who involves themselves in an “enterprise.” Enterprise simply comes from an old French word meaning “something undertaken.” This is a very broad meaning for a word. An entrepreneur can involve themselves in undertaking something for a variety of different motivations. The most obvious, which was almost completely dominant among baby boomers and is now waning among millennials, is to build a company, make it profitable, sell it through an “exit strategy,” and make a lot of money. When the motivation is to turn the maximum profit and grow the company as quick as possible, it will likely involve all sorts of short cuts: get things manufactured cheaply in China where there is less environmental control, and outsourcing work to anywhere where you can get the best deal. Enterprise primarily motivated for financial gain is going to be answerable to the shareholders.

There is another kind of enterprise emerging. I see it all the time when I go to speak at these kinds of conferences now. It is motivated primarily by the impulse to make a contribution.

Such an enterprise still makes money, but it is rather like the way that you or I breathe oxygen. For sure, if we did not have enough oxygen, we would die, but this is not the primary motivator of our lives. We focus on other things: like art, helping people, family, and friends, and fun. As long as oxygen is not in short supply, we do not have to worry about it. It is just the same with radically brilliant enterprise: it makes a profit in the background, out of peripheral vision, while the main reason for the company existing is to create a better future for all of us.

I have been delighted to see how many such companies are springing up now, founded by bright, caring, heartful, and intelligent people, and how they are able to create the important bridges from idea to implementation, which neither government, religion, or non-profits have been able to do.