The Gifts of Shame, Regret and the Impossible ‘Double Bind’

The Gifts of Shame, Regret and the Impossible ‘Double Bind’

Definitely there is satisfaction from getting things done and bringing a project to completion. It is a pleasurable experience because the sense of completion releases endorphins in the brain, but please let me explain to you why the feelings of failure, shame, and regret are inevitable.

One of the greatest thinkers of the 20th century, along with Alan Watts, George Gurdjieff, and Albert Einstein, was a genius named Gregory Bateson. He was a radically, radically, brilliant man. In his book Steps to an Ecology of Mind, he describes a phenomenon known as the “double bind.” It goes something like this. When you immerse yourself fully in participating in life, what we here are calling in the book Radical Brilliance “6 o’clock”, you will have to meet all the things we have discussed: deadlines, agreements, budgets; but also, 6 o’clock involves choosing: making decisions for which you will later be held accountable. Sooner or later, such responsibility will lead you to impossible choices, which Bateson aptly calls the “double bind.”

The classic example of this happened to my namesake Arjuna, 5000 years ago in the Kurushetra battle, and led to his immortalized conversation with Krishna in the Bhagavad-Gita. Arjuna faced an impossible dilemma. He was called upon to fight in a war between the forces of Dharma and Adharma, loosely translated as the good guys vs. the bad guys. He was called upon to uphold the values that sustain life in a state of order, but there was a hitch. On the opposing army were many of his relatives, including his great-uncle Bhima, who had more or less raised him since childhood. This was an impossible choice, for which there was no obvious solution. Either fight, which would probably mean killing the people he most loved, or surrender the fight, which, because of his status as a Kshatrya warrior, would be the ultimate ignobility. Faced with this double bind, he collapsed in a state of panic and depression, which provided the perfect opportunity for Krishna to guide him beyond the dilemma into a truth that transcended, and at the same time included, both sides of the paradox.

More or less the same thing was true thousands of years later for Hamlet, who was also faced with an impossible choice. Hamlet meets his father’s ghost, who tells Hamlet he had been murdered by his brother, and commands Hamlet to avenge his death. Hamlet was also faced with an impossible choice. Should he take action, as the ghost instructed him, and restore justice, or is it possible that this ghost was just a figment of his own troubled mind, and to be ignored? This dilemma is summed up in one of the most famous passages in the English language:

To be, or not to be −that is the question:

Whether ’tis nobler in the mind to suffer

The slings and arrows of outrageous fortune

Or to take arms against a sea of troubles

And by opposing end them. 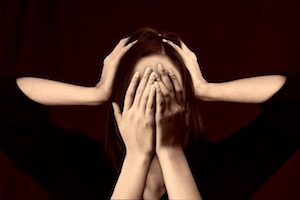 Almost everybody faces this kind of double bind at some point. Bateson’s view is that this is how we grow and evolve as human beings. A man finds himself in a loveless marriage, fraught with bitterness and conflict, with two young children. If he plucks up his courage to leave the marriage, he potentially gives his little ones the lifelong scar of feeling abandoned by their father, their protector. If he stays in the marriage, he faces giving his children a model of conflict, and brewing violence. No way out. No way to not make a mistake. No way to avoid regret, shame, and a feeling of failure.

Another man I worked with was faced with his unique flavor of double bind. He had inherited the family business, which was now losing money. Should he let go of half of his employees, many of whom had worked for the family their whole lives, or should he keep them on and risk bankruptcy, letting down his shareholders?

Bateson’s idea was that when faced with a double bind like this, one of two things will happen. You may collapse under the weight of “damned if I do and damned if I don’t,” which puts you into a schizoid, fragmented state; you become split into different parts of yourself that are in conflict with each other. The alternative is that you grow and evolve as a human being by transcending the duality, and accessing a part of yourself that transcends and includes both sides of the split. 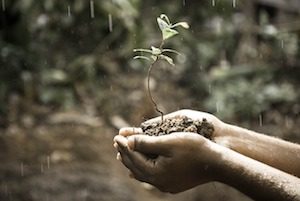 This is why feelings of shame, remorse, guilt, and inadequacy are not just merely the result hanging out at this phase. They are, sooner or later, inevitable. When faced with a double bind, whichever choice you make is going to cause harm that you will then feel responsible for, and even guilty about. There is no way around it. In sitting with these feelings of “I messed up, I’m a failure, I hurt people, I am not good enough,” and accepting that they have their own wisdom, sooner or later you relax your grip on the idea of being the one in charge, and you continue around the cycle by handing your life back to the force that gives you life.

Leonard Cohen once said to me: “We think that we are here to gloriously fulfill our given mission. But then, as we mature a little, we discover that the point of being here is to fail, but to learn not to take it personally.”

You just read an excerpt from my latest book, Radical Brilliance! If you like what you just read, and want to explore these themes more deeply, you can read more excerpts on my website, or grab a copy of the book here.