Why People Get Coached

Why People Get Coached

When I wrote my most recent book, Radical Brilliance, I conducted more than 420 interviews with the most brilliant people I could find, alive on the planet today. I was looking for common themes which they shared: habits, traits, and mindsets that were a reliable predictor of brilliance.

As you may know, the word “coaching” has been borrowed from sports. We only have to go back to the late 1980s to when a coach meant a football coach, or a tennis coach, or a basketball coach. That was the only context in which the word was used. The idea of coaching got transferred to the rest of life because it is such a perfect model for how people excel. 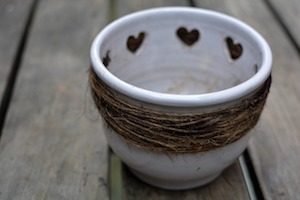 A coach is not the same as a teacher, or a master with whom you apprentice. When someone teaches you something, it is relying upon the metaphor of an empty bucket getting filled up. The teacher or the master has the knowledge, and the skill, and the experience, and the wisdom and you will hopefully receive a few drops in your empty bucket, if you stick around long enough. Thomas J. Leonard is widely recognized as a pioneer of modern coaching. He recognized that the regular model of learning does not work very well: feeling like an empty bucket just prepares you to become more and more deeply identified with feeling empty and not resourceful.

In sports, when an athlete gets coached, it is a collaborative relationship. For example, Michael Phelps, who has won 23 Olympic Gold Medals, had the same coach for his entire professional career. Everyone has heard of Michael Phelps, but very few people have heard of Bob Bowman. In almost every interview that Michael Phelps gave during his professional swimming career, he said again and again that he could not have achieved what he did without the support of his coach. Michael Phelps has won 23 Olympic Gold Medals. How many do you think Bob Bowman has won? That’s right. None. In fact, he has not won any medals for swimming at all. His skill is bringing out the very best in another person. This is a completely radically different relationship than teaching. A coach is saying, “I could not do this, but you can. I see your potential, I believe in you completely, and I will do everything I can to support you to excel.”

Coaching has been so widely successful as a relationship to bring forth brilliance exactly for this reason: it empowers the coachee. Instead of the metaphor of filling an empty bucket, it is based on the metaphor of tending to a garden. The seeds are there, the sunlight is there, the water is there, the gardener just helps to remove the weeds and the plants will flourish by themselves. It is hard for me to think of a truly brilliant person who has not in some way benefitted from this kind of relationship. You could say it is almost mandatory.

There are two fundamental reasons why it is so important to be coached.

The first is because we have a vision, but it gets sabotaged by doubt. Whenever I coach anyone, there is a part of them that is reaching for the stars, wanting to make a really significant difference to the world, but there is also another voice, sometimes just as strong or even stronger, who doubts that it is possible. Who am I to do this? Who will listen to me? There is not enough time; there is not enough money. I am deeply flawed. A good coach can help you manage the balance between these two forces so the little shoots of inspiration stand a chance to poke through the concrete of encrusted habit and see the light of day.

The second important reason to get coached is almost exactly the opposite. Sometimes we fly too high on these wings of inspiration, and lose contact with the ground. What will it really take, in practical step-by-step terms, to make this real? Who do I need to phone? How can I build a mailing list? How can I get funding? Inspired people sometimes shy away from these pragmatic concerns.

I often come to the conclusion, not only when I coach people but also when I interview new coaching clients, that everyone has a dream. It may be global, it may be local, but everyone carries the seeds of the difference they were born to make. Tragically, for many people this dream remains just that, and gets smashed on the rocks of disappointment and betrayal. I have come to the conclusion that for the great majority of people, dreams stand little chance of being realized when they are left to themselves. The forces of procrastination, distraction, disappointment (I could go on and on…you know the list) make it very unlikely that the dream will ever come to realization. On the other hand, I have come to the conclusion that almost anyone who dares to dream can achieve almost anything with the right coach matched up with them. 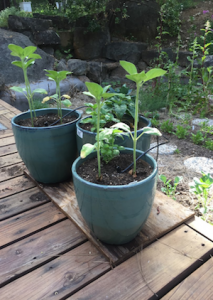 Coaching is the unavoidable pivot between disappointment and triumph. We talked a little earlier about gardening, and I will finish here with a recent true story from my very own garden. I love sunflowers. I had a dream (another shooting for the stars) of having a row of magnificent tall sunflowers growing in our garden. We picked the spot, we prepared the soil, and I could clearly see them radiating light and color and happiness in our garden, just as Gustav Eiffel could see the Eiffel tower in his mind even before it was built. So we planted the seeds, and sure enough they started to grow. Hurray! Success! But then, one sad morning I walked over to the bed, excited to see the progress, and not just one or two, but all of my sunflowers had been mysteriously eaten by something. Maybe it was birds or slugs, or maybe a stray rabbit, but they were gone. All of my hopes and dreams of contributing this little bit of extra radiance to the world were destroyed.

It is at this point that many of us give up in disappointment and resignation. We started over again, in a little more structured way. We put three flowerpots on the deck with some good soil. The deck is right outside my office window and probably too scary for predators to dare to come close. We planted the sunflowers again in the pots, now with some irrigation hooked up, in full sun. Within a short space of time, they are flourishing. They will stay in those pots for enough time until they become big and strong and sturdy, and after that, they will be able to grow on their own.

That is what coaching is about. For a limited period of time, you do not have to make it on your own. You get a supportive environment, where every predator of self-doubt can be dealt with effectively by someone who has been around the block a few times and knows their predators well. You get the irrigation of regular encouragement, and you get to live in a pot for a while, in the structure of a relationship which holds you accountable. After some time in a relationship like this, you can be transplanted and grow well on your own.

For my sunflowers, moving over to the deck was the difference between fully giving their magnificent gift, or dying an early death. Just the same may be true for your dreams of making a magnificent contribution.

The particular kind of coaching that my colleagues and I offer is called Radical Brilliance Coaching, we support people to make the greatest possible difference in the world.

You can find out more about getting coached in Radical Brilliance here.