The Benefits of Having a Terrible Personality

The Benefits of Having a Terrible Personality

Everybody has a head, and a face. Some people, by general consent, have extremely beautiful faces: they get put on the covers of magazines and shared freely on Facebook. Other people… not so much. Most people have two eyes, two hands, a nose, and a torso. And everybody has a personality.

What I mean by personality is highly conditioned. It is largely determined by the personality of your mother and father, your broader family, your culture, and then later it is further conditioned by your education, and particularly by traumatic things that happen to you. I like to distinguish between the personality, which is very conditioned in this way, and something more like essence, or natural character (which some people even call “soul”). But the difference between these two is another conversation; enough here to say that everybody has a personality.

Now, just like beautiful faces and then the more ugly variety, some personalities are marvelous: sweet, accommodating, kind, humorous, angelic and saintly. Such personalities are acceptable and agreeable to everybody. They make friends wherever they go, and they are widely loved and revered. Other people… not so much. Some people have personalities that are generally agreed to be highly disagreeable and bordering on obnoxious.

Take me, for example. I was born and raised with all the essential ingredients to have a thoroughly obnoxious personality. My father, God bless him, was raised in Africa by a colonial father. He was sent back (completely alone) by ship when he was seven years old to go through many years of boarding school. Because it coincided with the years leading up to the war, he did not see his family during the rest of his childhood and adolescence. He learned to deal with this isolation by developing a very unpleasant personality. He was arrogant, somewhat racist, and his primary ways of relating to people were humiliation, disdain, and ridicule. My mother (God bless her soul, too) also did not fare too well in the personality department. She was born an only child, and so grew up with a sense of entitlement. She learned early on to get her own way by throwing a tantrum, and, by the time I came along and she had become a mother, she had discovered that the easiest way to get her own way on almost anything was to threaten to commit suicide. It worked. I lived most of my childhood trying to figure out when this threat was worth taking seriously.

So you can imagine that by the time I got to be a teenager and then a young man, I had all the ingredients necessary to constitute a thoroughly unpleasant personality. I inherited the arrogance from my father, the drama and entitlement from my mother, and the general colonial superiority from being British. I wish I could say that I suffered from paranoid delusions that most people did not like me. But these were not delusions: they were true.

I did, however, have one saving grace in the mix, which was that, early on, in a desperate attempt to save my sorry ass, I learned to meditate. I practice meditation throughout my teens, and then in my early twenties I also experimented with all kinds of alternative forms of psychotherapy. So now I had two parallel things going on: an unpleasant personality, and a fairly sharpened awareness of having an unpleasant personality. This particular combination has turned out to be one of the greatest blessings of my life. 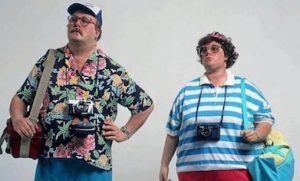 Imagine that a group of fully clothed people are taken on a trip by bus to a nudist beach. None of them are very used to taking their clothes off in public, but they have all courageously signed up for the experience anyway. Some of the people on the bus to the beach are dressed in truly terrible clothes: bright, gaudy colors that do not match, a checkered shirt that would not even be stylish as retro, and everything fitting badly. Maybe they lost their luggage, and borrowed these abominable clothes from the lost and found department at the hotel. Sometimes you see people dressed like that, and you try to stop yourself from laughing. Now imagine that some of these poor people, dressed with absolutely no style, are also painfully aware that they do not look good. Some of the other people, on the other hand, look really good, and they know it. They look suave, designer labels in carefully chosen pastel colors that match with each other oh-so-perfectly. When we get to the beach, who is going to be the most enthusiastic to get out of their attire, and back to their original nakedness? We might surmise that the people whose clothes have been nothing but an embarrassment would be quite relieved to take them off, while the people who look like something out of a Vogue catalog might be more hesitant, and take their time.

That, you see, is the great blessing of having a terrible personality. Once you add in a little awareness that it is just a personality and not the real you, and once you have just the tiniest glimpse of your “true nature” as something deeper, you cannot wait to disrobe yourself of the conditioning that was passed on to you by your family.

Now, at the tender age of 60, I am very grateful to have had such an awful personality. I can laugh about it, make jokes about it, and then be very grateful for the moments when the personality recedes, and there is just a mysterious presence that takes over. A presence which is not really you or me, or even us, but something that descends on us, like Grace.

For many years I have been a coach, helping people to drop into a deeper dimension of themselves beyond the conditioned, but also into the gift they were born to give to the world. I have noticed that what has been true for me, in my life, is often true for other people too. 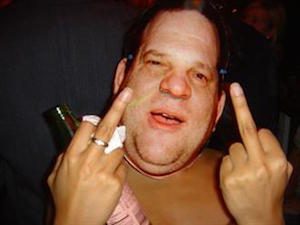 If you have inherited a terrible personality, but have no awareness of anything beyond it, you are pretty much doomed to doing laps in the cesspool for the rest of your life, like Harvey Weinstein.

If you inherited a terrific personality, from terrific parents, who went to terrific schools and lived in a terrific neighborhood, you will probably find that you can live a terrific life, quite effortlessly, but it may be shallow, and not of much consequence.

But then if, like me, you were born with such an awful personality that you could not wait to get to the beach and disrobe, you may find the very thing that started off as your greatest impediment becomes your greatest gift.

Now it is your turn to tell me what you think, in the comments box below.