I was speaking with one of my coaching clients the other day. He has a big bold vision that could make a difference on a global scale, but he is also aware of the habits that hold him back. That, of course, is why he is getting coached. Just when we had hit a particularly dense patch of procrastination, doubt, and lethargy, he asked me in despairing tones, “Do you think there is any hope that I could break through the habits that hold me back from being truly brilliant?” I had to pause for a moment, “No,” I said to him, “There is no hope for the you as you are right now to break through. There is a great chance that these habits could dissolve and brilliance could shine through, but then the you, as you define yourself right now, would no longer exist. There would instead be a different more brilliant version of you.”

That is the power of daily practice, that is why we practice. Each day we perform little actions, little rituals, which slowly erase the you that you are familiar with. Like running water over a block of ice, over time, the ice will be eroded. By “practice” we simply mean any small activity, which is deliberately chosen with the intention of changing your state. Silent sitting can be a practice, Qigong or Yoga can be a practice. Expressing gratitude, apologizing to someone, showing up on time, taking nutritional supplements, making love: these are all forms of practice. The repeated application of practice does not just make you feel better, it changes the very ground in which you are standing. 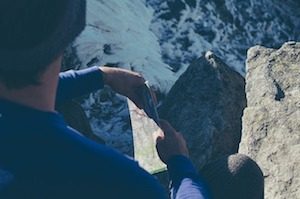 This idea of the ground in which you are standing, we call the “set point.” It means the approximate conditions of being human that you consider to be normal and acceptable. If you go too far below the set point, it becomes intolerable and unacceptable. If you aspire too high above your set point, it seems unrealistic, like shooting for the stars.

We all have set points in different areas of our lives. Let’s take material wealth for example. A homeless person might have a very modest material set point: even having to sleep outside even when it is cold and rainy might be within the range in what is considered normal. A warm meal might be at the upper end of the set point. Taking a warm shower every day might seem like shooting for the stars. Someone very wealthy, on the other hand, would consider such an aspiration absolutely normal. The higher end of the set point might be to make huge gains in the stock market or to buy a private island. We also have set points in relationships. Some people get used to being lonely and isolated, spending the evening alone, no contact with other people, not even a text message seems quite normal, just a smile is a lot to hope for. If you are in a deep loving marriage, on the other hand, feeling connected is normal. Extreme peaks of ecstatic union are what you aspire for.

Many people come for coaching, or mentoring, or any other kind of support in order to try and have a little more pleasure on the higher end of the set point and to avoid the valleys on the lower end. We try to feel better relative to the median of what we think of as normal. For most of us, it is virtually impossible to imagine the set point itself changing. 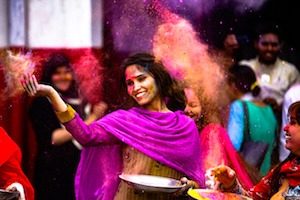 That is why people turn to coaching, particularly, why we seek out the services of a masterful coach. Someone with great skill can help you to not just maximize the peaks and avoid the lows around your set point, but to change the set point itself, to reimagine your sense of normal. When you get coached in this way, it is not about improving you. The you that you are familiar with is slowly erased and replaced by an entirely new version of yourself, one which you could not have previously imagined.