Home/Brilliant Lifestyle, Brilliant People, Contribution and Service, Mission and Purpose, Read Articles, The Brilliance Cycle/How to Create Everything Out of Nothing

Living Radical Brilliance is not only a matter of getting coached, adopting practices and coming on retreats. It also requires a deep and fundamental shift of values. 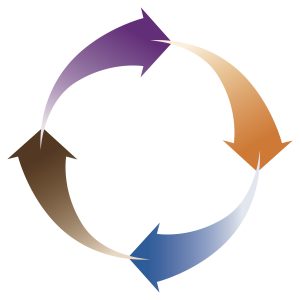 Radical Brilliance means that we allow things to rise out of stillness. At the top of the cycle, 12 o’clock, is that part of the cycle where we relax into consciousness without boundaries, into something beyond the usual confines of the mind. We learn to relax and to hangout as that, enough that it can begin to vibrate and warm-up. Those finest impulses of vibration become brilliant thoughts, they become waves of creative brilliance that are not coming exactly from us as individuals, they are coming through us.

This means relaxing into the natural effervescence, the natural bubbling, which is inherent within the nature of consciousness itself. Those little impulses grow in intensity, they become intentions, intention becomes action, action becomes results in the world. They becomes brilliant contributions to the world. This requires taking an incredibly deep stand against the values in which we have been raised. Particularly, this applies to the values which have dominated enterprise, (where the word entrepreneur comes from), and to people involved in free enterprise.

The principles that have dominated work, and business, and enterprise go completely against this model. The puritan work ethic, for example, is inherent within our religious frameworks, it arrived in America with the Puritans who came over from England. It is also inherent in the way the Industrial Revolution works and since then the Technological Revolution. It is based in the idea that you get results by working hard, by pushing hard, by stressing yourself, by exhausting yourself, by committing yourself completely to something and just giving everything. This involves a philosophical allegiance to depletion, to depleting yourself. That is how you get things done: you work hard, you get results.

There is some truth to this old way: you do need to focus and work hard. That value set means that the harder you work, the more you push, the more you strive, the more results you are going to get. Of course that ethic denies our essential nature as playful: not only playful like a child but playing with the big force that gives us life. Children are naturally playful. We were all at one time children: we knew how to play, we knew how to be joyful. Last year, my wife had the good fortune to visit the AchwarTribe deep in the Amazon jungle. They had their first contact with “civilization”  about 30 years ago. They are still connected with playfulness.

It is really since the Agricultural Revolution, and even more so since the Industrial Revolution, that we have lost our capacity to play — to be danced instead of to be working. The Brilliance Cycle involves a completely different principle.  You learn to relax, to wait, and to allow things to bubble within you. In the beginning, they bubble just like a melody carried on the wind from far away: you can faintly hear it, but as it grows in you through your patience and your stillness, it becomes more definite. As long as you are stepping out of the way, it builds in its intensity, and finally reaches the point where it can become intention. Then, you surrender yourself and commit yourself to that intention, which all the time came through you and not from you.

In a striving based / effort based value system, resting in emptiness has almost no value at all. The power of stillness is overlooked. To return to the naturalness where things can flow through you requires a fundamental change of values.  We value no-thing above some-thing. In Quantum Physics, the unified field is the infinite source of energy.  It is no-thing. At the subatomic level, there are close to infinite amounts of energy.  As matter becomes more condensed, we move from no-thing to some-thing, and we no longer have the level of energy available at the Quantum level.

The other value set that Radical Brilliance challenges is the way we try and fill an unidentified gaping hole within ourselves with something from the outside. Of course, one of the more popular ways, culturally, is the pursuit of money: the idea that the more money you get, the more fulfilled you will feel. By now this has been completely debunked by all kinds of sociological studies. The idea that we can fill an unnamed gaping hole with money, with sex, or with power, or with fame, means that we overlook the value of being still, of waiting, of being danced, instead of taking nervous action.

Some people get extraordinary results from coaching, they are unrecognizable after a few months. Why? It has not so much to do with what I say to them in the coaching sessions, or new skills — it has everything to do with practice. The people who get the most value from coaching, from working in groups or working in our one-week laboratories, are the ones who go deepest into practice. Practice is mostly to do with learning how to inhabit the whole cycle: learning how to rest in states of stillness completely enough that the vibration can start, and amplify to become more pronounced. My job is not to do the work for them, but simply to help people change their values: to change their value set from one that makes effort and striving and doing and achieving predominant, from one that makes acquisition, getting money, or fame, or power from the external world predominant, to a value set which places emptiness, resting, stillness, and waiting as predominant. If I can help someone to shift their value set, that shift in values is what makes practice the most important part of the day. It makes practice and changing your state of consciousness the supremely important thing. It is out of the practice, actually, that the results come.

I have been fortunate to have this validated so deeply. I did 420 interviews with incredibly brilliant people — people whose lives are just overflowing with a sense of contribution, of fulfillment, of gratitude, where money flows easily and effortlessly, where relationships are playful, and where you have plenty of energy and good health into old age. There was always this essence, this key, of waiting and following an impulse that grows in intensity and becomes a contribution. 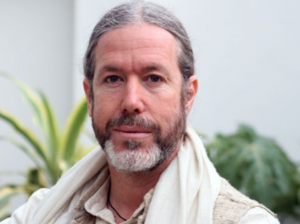 One of my favorite examples at the moment is my friend Bharat Mitra, who I have known for about 30 years. We lived together in India with our teacher H. W. L. Poonja, who is sometimes known as Papaji. When I met Bharat Mitra back then, he was a long-haired bearded Israeli hippie: all he cared about was being with our teacher and meditating. He was so deeply immersed into that kind of practice that he became very finely tuned to the impulses that arose within him. It was on one occasion that he felt commanded by a force bigger than his own mind to connect with an Indian farmer in Lucknow, who was growing crops using chemical fertilizers and pesticides. Bharat Mitra persuaded this farmer, who was not doing well, to go organic: to basically rid his farm of chemicals. It took a little time, but the farmer shifted to organic, and Bharat Mitra helped him to remain profitable. This then grew a few years later to eight farmers, that has now become the company Organic India, which sells organic produce farmed in India in 36 countries. It now involves around 5,000 farmers. Bharat Mitra is still essentially a mystic: he still has really long hair and a beard — but he is a mystic hippie whose company has gone from being worth nothing to $200 million in 20 years. He is very clear that he did not do it. He simply relaxed, and became sensitive to the impulses arising in stillness that were commanding him, and followed them.

I know quite well: he is not primarily interested in acquiring anything. He is not very interested in having a lot of money, and certainly is not interested in fame. In fact, it is hard to even find him on the internet. He is primarily interested in surrendering to that impulse that comes from beyond the mind, and being a servant to it. This mystic is changing the face of farming throughout India.  It is now spreading to other Asian countries too. He is involved in many, many enterprises in the same way. 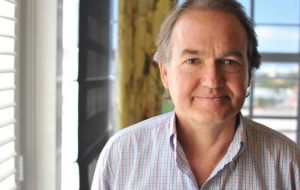 I have seen this with so many people. My friend John Gray, with whom I wrote Conscious Men, and who also wrote Men are From Mars, Women Are From Venus, is primarily a meditator. A few weeks ago he wanted my son to call him.

“Tell him to call after 2 o’clock,” he replied, “because before that I am meditating.”

“What time do you start?” I asked him.

He is in meditation from 6 am to 2pm:  that is 8 hours of meditating. Then he has a few hours of activity. His greatest love has always been dissolving, melting like a dewdrop into the ocean,  and merging with that. Out of that spaciousness, out of that infinity, any impulse that you pay attention to, that you allow to grow within you, becomes thousands of millions of times more powerful than impulses that come from individuated doing.

I could also talk about my wife Chameli, who hardly appears to work at all. She spent the last month since she has been home sitting in stillness by the river. As you may know, she is extremely influential in the world, very “successful” with Awakening Women, but it does not come out of effort or striving. She often says, “I am allergic to stress, I cannot do anything that begins to remotely smell of stress, I have to just say no. As soon as something starts to feel like effort, I have to say no.” It is from that deep relaxation, and surrender, and obedience to the command of something very still inside of you, that everything happens very effortlessly. Lynne Twist is the same. I could list people all day like this: whose primary allegiance is to that finest impulse, but that allegiance is immensely more successful than directly trying to create results in the world.

You align with that infinite source of energy through practice: through daily repeated practice, an hour or two each day. Longer retreats from the world also allow you to wash yourself clean of  incessant busy-ness — enough to break through the gaps between things and find that infinite energy again.

This happens through practice, but there is no motivation to practice until there is first a change of values: a fundamental change of values where we can value nothing as more important than any one thing. We can value resting as no thing as more important than a thing. We can value not doing anything, and waiting to be danced, as more powerful than any particular action. This fundamental change of values shakes your world completely. You realize almost every assumption we have made about success, and achievement and a meaningful life has been built on quicksand. The fundamental core of a rich life has to do with something completely beyond our understanding, and beyond our capacity to do anything from a localized individualized place.