Lynne Twist has always been the kind of person who looks for meaning in her life beyond her own personal needs. Her father was her big love. He was the leader of a big band orchestra. He died when she was twelve, and then the music stopped in their lives. She became very religious. As a young teenager she silently and secretly went to mass every morning at 5:30 a.m. before school. Mother Teresa was her idol. Later, at Stanford, she protested the Vietnam War, and she was active in the civil rights movement. When she and her husband moved to San Francisco, they founded the Pacific Primary School because it was the only way they could ensure that their kids would grow up with African-American kids, immigrants, and people of different economic classes. In 1974 Twist took the EST training with Werner Erhard, and was profoundly changed.

“Transformation became the water I wanted to swim in for the rest of my life,” she remembers. Soon after, she introduced Werner Erhard to Buckminster Fuller, whom she had already known for some years. Out of that first meeting was born the Hunger Project: a commitment to ending world hunger. “They knew that it was not a food issue, it was an integrity issue,” Twist recalls. “I heard Bucky speak about living a life that makes a difference, for the betterment of all humanity; creating a world that works for everyone, where no one is left out. I became completely committed to that. I turned my life over to ending world hunger.” Even with three young children, Lynne became responsible for 200,000 volunteers in the United States, 40,000 full-time volunteers in Bangladesh alone, and offices in dozens of countries around the world. She raised more than 2 billion dollars to end world hunger, and became an expert fundraiser for other organizations as well. 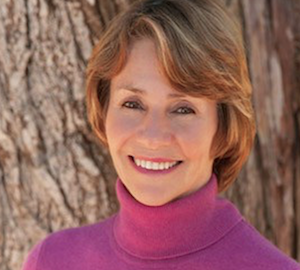 In 1995, Lynne travelled to South America to meet the Achuar tribe for the first time, with her husband Bill, John Perkins, and nine others. They travelled down the valley of the volcanoes, over the eastern side of the Andes range to the edge of the Amazon rainforest, which is the same size as the entire United States, the same size as the face of the full moon. They flew into Shuar territory, and then made their way to meet the Achuar. The tribal leaders met them there, with their face paint, yellow and red feather crowns, and spears, and took them by canoe upriver and showed them where to build a campsite.

“The Achuar had seen in their dreams and visions that contact was inevitable,” says Lynne, “so their very wise and unique decision was that they would initiate what they most feared— contact with the outside world—but in their territory, on their terms, in ways that they can control. They had a vision for their territory, to be never touched, to never have roads, to be governed by indigenous people. To stay pristine, not only for them and their future, but for the future of life. In order to do that, they needed modern world partners who would help them navigate a relationship with the modern world, and give them exactly what they need to preserve the territory, but no more than what they need.”

“They had five years for us to prepare them, which is what they wanted, for this dangerous contact that they knew would come. They would have modern world friends, they would be ready for it; they would understand oil companies, the government, extractive industries; all that ultimately they saw would come. They did come, and the indigenous people have prevailed and kept them out. Bill and I realized it was clearly our destiny to connect with these people. That was the beginning of the relationship which became the Pachamama Alliance.”

Initially, Lynne and her husband raised $125,000 from that original group of twelve, enough to pay for a meager little office with an old typewriter and a rotary phone, and to start the work of protecting the rainforest. Today, the Achuar have legal title to every inch of 50 million acres, comprising 59 different communities, sometimes many weeks walk apart from each other. The Pachamama Alliance now works with indigenous people throughout the entire Amazon area, the largest freshwater source in the world, the lungs of the planet, and the source of the global climate system.

“We have been successful in preserving the entire region from oil company after oil company, mining company after mining company, ethnobotanists, lumber, all of the extractive industries that have been pushing enormous pressure on this area forever. The government itself has caved in over and over, and tried to get indigenous people to submit, but they have not. Nothing has happened to encroach on these lands. Nothing. That is a huge accomplishment.”

“But the indigenous people have always known that the pressure on those forests is not really coming from oil companies, or rubber tappers, or their government, it is coming from the modern world’s blind and unending trance for more of anything and everything. They asked us to not only work with them, but to go home and change the dream of the modern world: a dream of consumptive acquisition and more of everything, to a new dream. A dream of what we call environmentally sustainable, spiritually fulfilling, and socially just human presence on this planet. Maybe the biggest work of the Pachamama Alliance is our transformation processes and educational programs that awaken people from the trance and put them on a path for a new dream for humanity. We do that in 82 countries. That is a huge accomplishment as well. Hundreds of thousands, probably millions of people have participated in those programs.”

Lynne Twist is a bold and inspiring example of a life lived beyond “me” and “my needs.” I asked her to reflect on what it means to lead such a life. “People want to make a difference with their life. That is the most profound way to live. That is what everybody longs for more than anything. Food, shelter, and all that, you do not have to have them first. It seems logical, but I do not agree with it. I have been with people in Bangladesh who had no shelter, who have not eaten for three days, whose primary commitment was to make a difference with their lives. That is really what people want. That is what gives life meaning.” 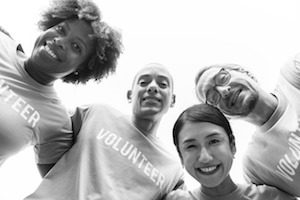 “Taking care of oneself in order to be of service makes sense. Taking care of one-self just to take care of one-self does not give you satisfaction. People will give up anything to make a difference with their life, if they get a whiff of what it means to live a life that matters. Contribution does not have to be self-sacrificing. We sacrifice nothing, and we gain everything when we participate. For me, the greatest privilege is to participate in the transformation of life itself and the lives of other people. There is nothing I can imagine that would be more powerful and more fulfilling.

“I have lived what I call a committed life; a life that is governed by my highest commitments, not by my desires. If you live a life of commitment, where you give your word for something larger than yourself, you are constantly in a state of fulfillment. I am not saying that there are no struggles, no problems. It leads you to a life you could never have planned. It does not have anything to do with ambition. It has to do with surrender. You cannot surrender to get that kind of a life because that is cheating. You have to really surrender and somehow it is given to you.”

You just read an excerpt from my latest book, Radical Brilliance. If you like what you just read, and want to explore these themes more deeply, you can read more excerpts of the book on my website, or grab a copy for yourself here.